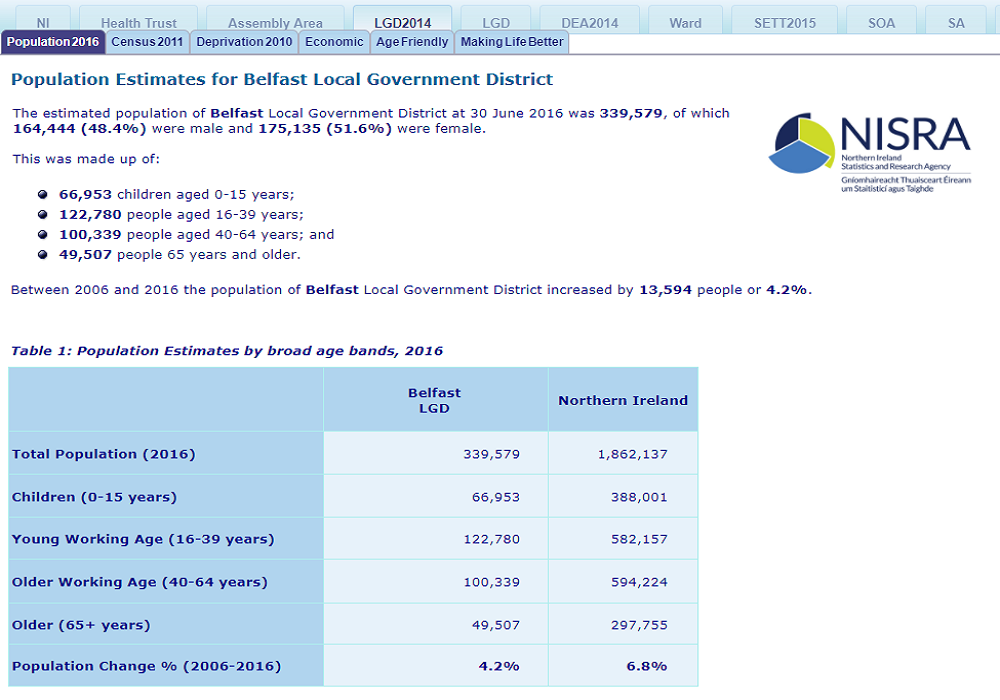 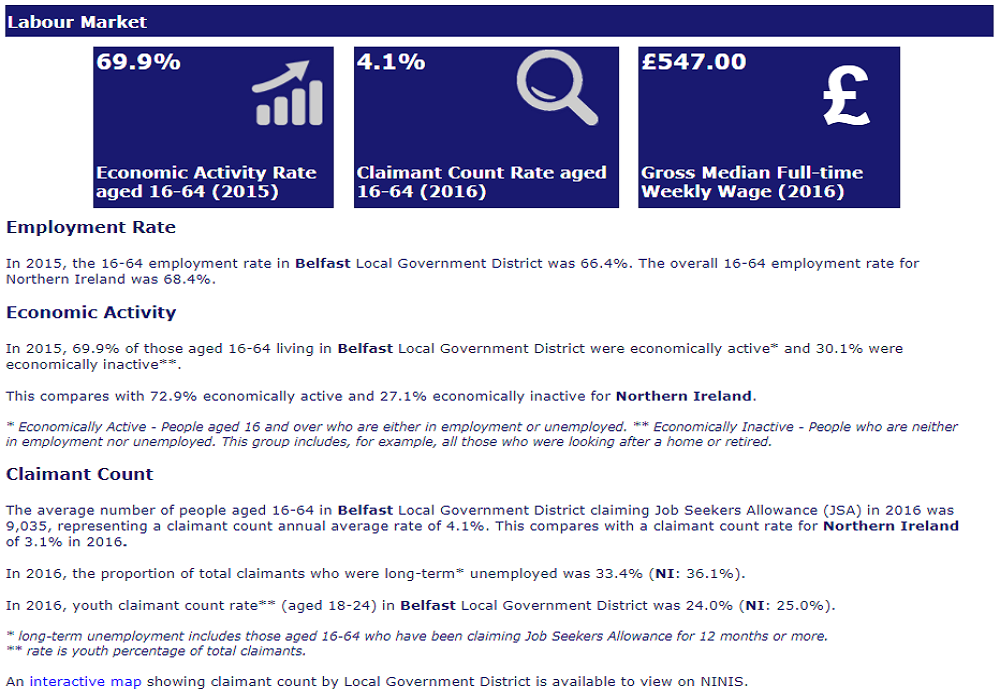 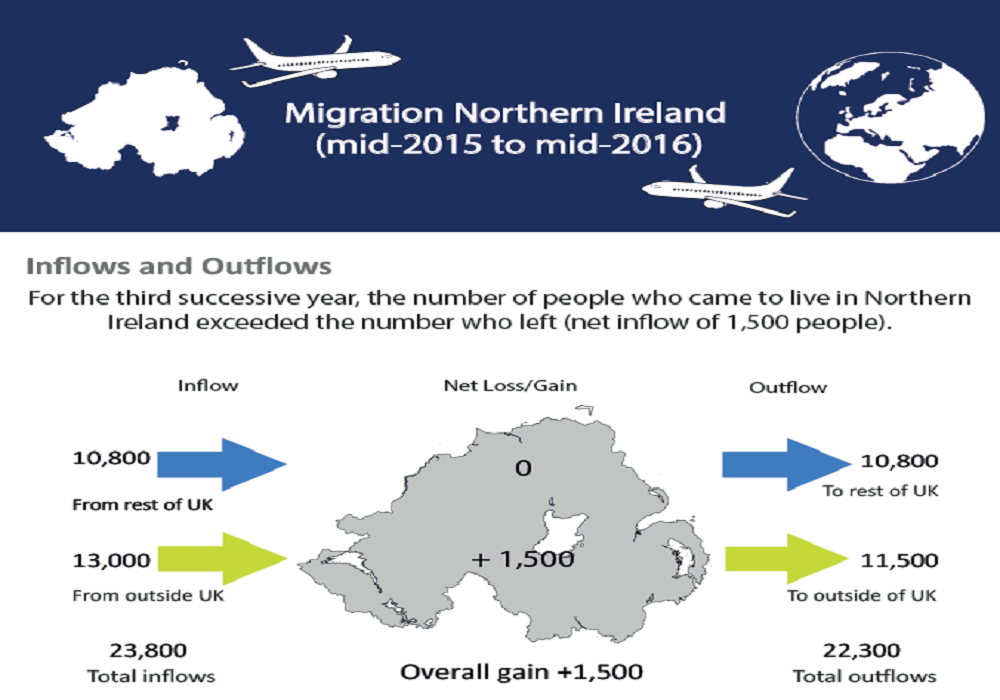 Area Profiles provide a statistical summary of a given area. The information has been grouped into a number of themes including Census 2011, Deprivation, Economic and Population as well as more specific profiles created for Making Life Better and Neighbourhood Renewal.

We have continued to expand the number of geographies available, so as well as NI, LGD2014, HSCT, and AA you can now view a number of profiles at Settlement 2015 and DEA2014. Profiles are also available at statistical geographies SOA and SA.

You can access the profiles in a number of ways:

Further information on abbreviations and geographies is available on the Frequently Asked Questions section.

The 2016 migration statistics have been released today along with an accompanying infographic. For the third successive year, the number of people who came to live in Northern Ireland exceeded the number who left (net inflow of 1,500 people).

Don't forget you can access a range of user guides through the Learning Zone on NINIS. These include a general NINIS user guide, plus bespoke Making Life Better and Neighbourhood Renewal versions. Each guide provides an overview of NINIS and takes you through the functionality of the website. 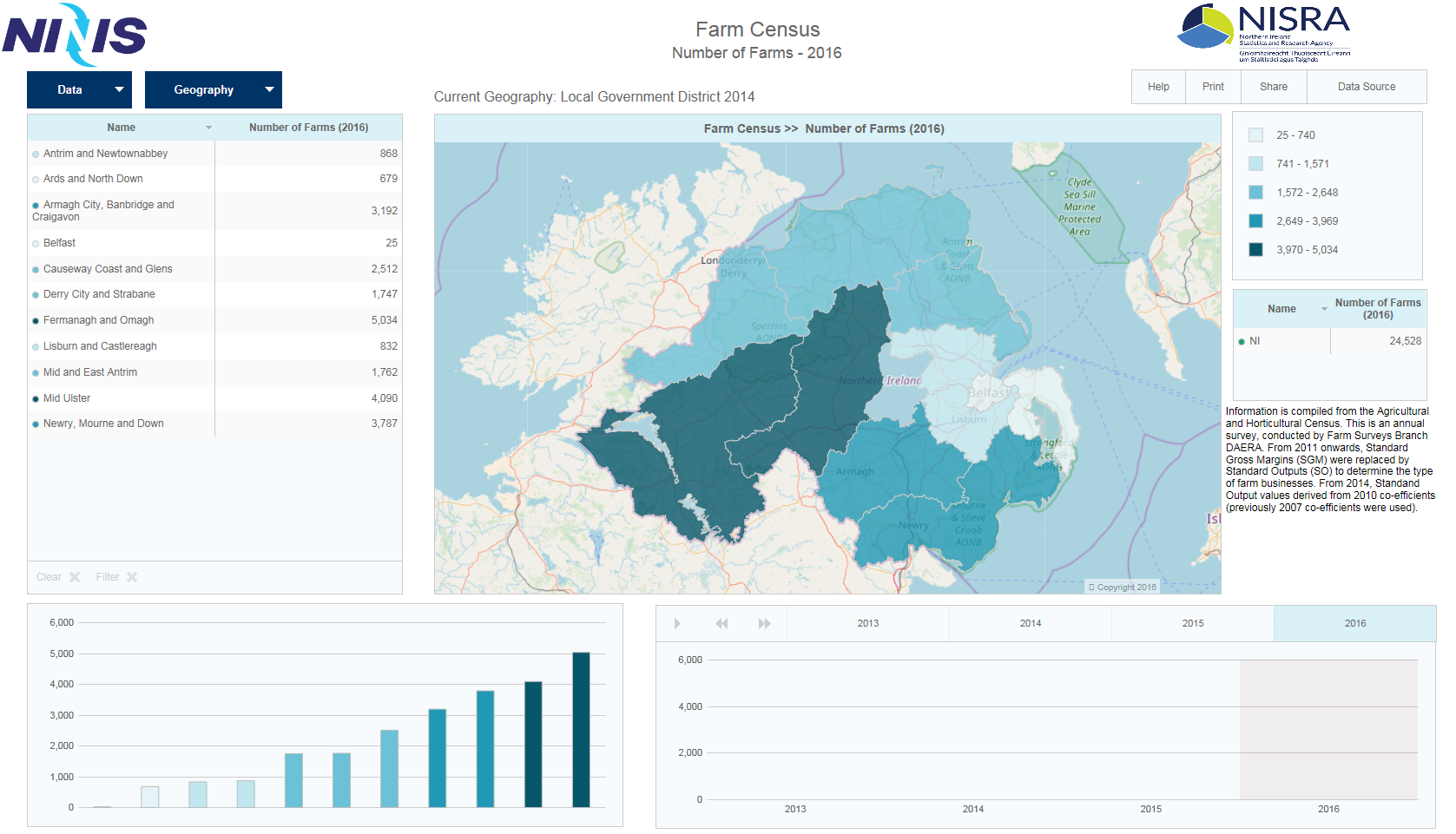