This new profile provides information on the health and wellbeing of residents in Northern Ireland; other geographic levels are available including LGD2014, Health Trust and Assembly Area. Health and wellbeing indicators have been grouped according to the Making Life Better Frameworks' themes. Appendix 3 of the Making Life Better Key Indicators 2015 report published by the Department of Health outlines the key indicators and baselines which are reflected in the Area Profile.

Don't forget you can access a range of Datasets at DEA2014 level. You can filter by geography to reveal datasets at that level.

The NINIS team are continuing to ask data suppliers for data at this geography. If you have data available at this level please contact the NINIS Team.

For those who missed the results of the NINIS survey in the December E-Zine you can look at the infographic showing a summary of the results. Further information can be obtained from the NINIS Customer Service Team.

Thanks again to all who took the time to respond. 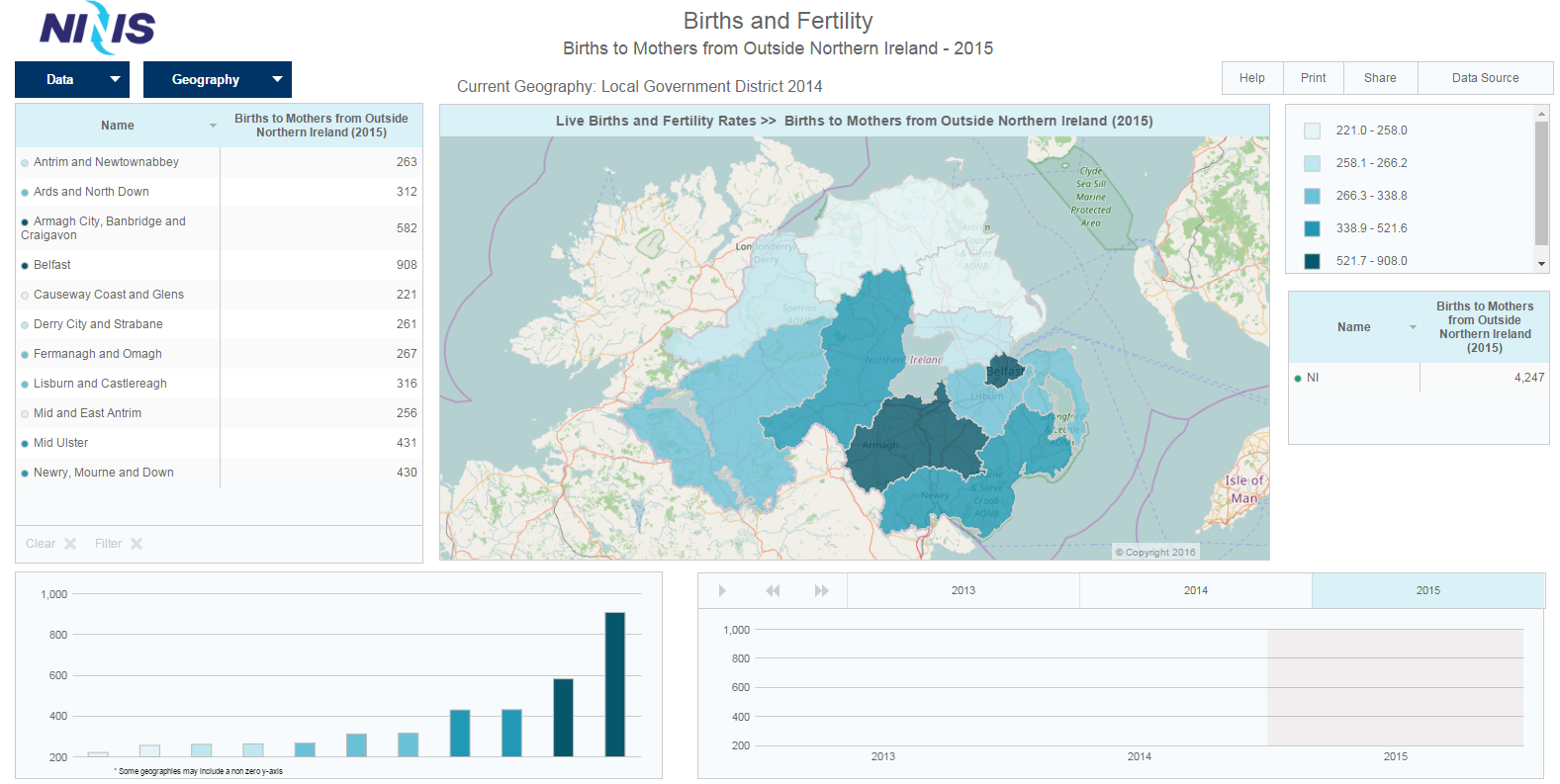 You may have noticed that NISRA have a brand new logo.

The new logo maintains the link with the previous logo through the design but brightens it with some colour and uses a sharper typeface giving it a fresher feel. The new colour scheme is also in keeping with the interior design of NISRA's new headquarters - Colby House.

NINIS workshops will resume in Spring 2017. In the meantime, if you wish to register your interest, please email the NINIS Team.

The next E-Zine will be published in March 2017.