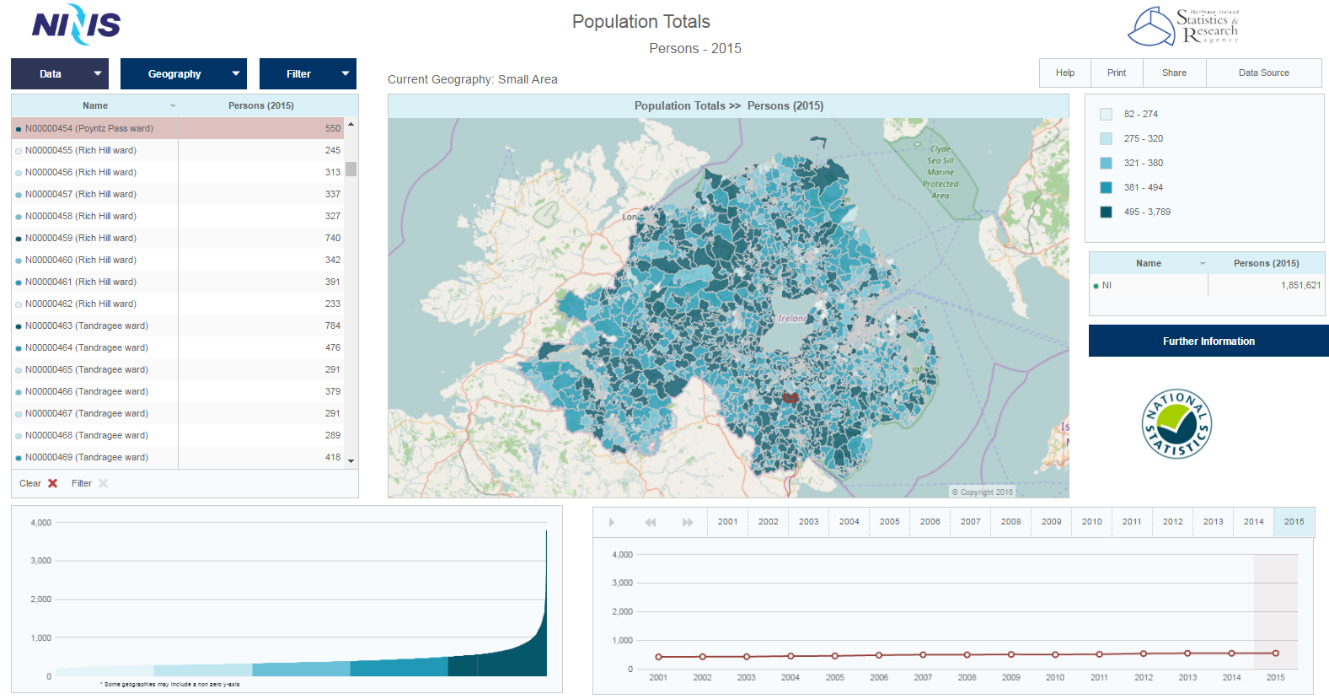 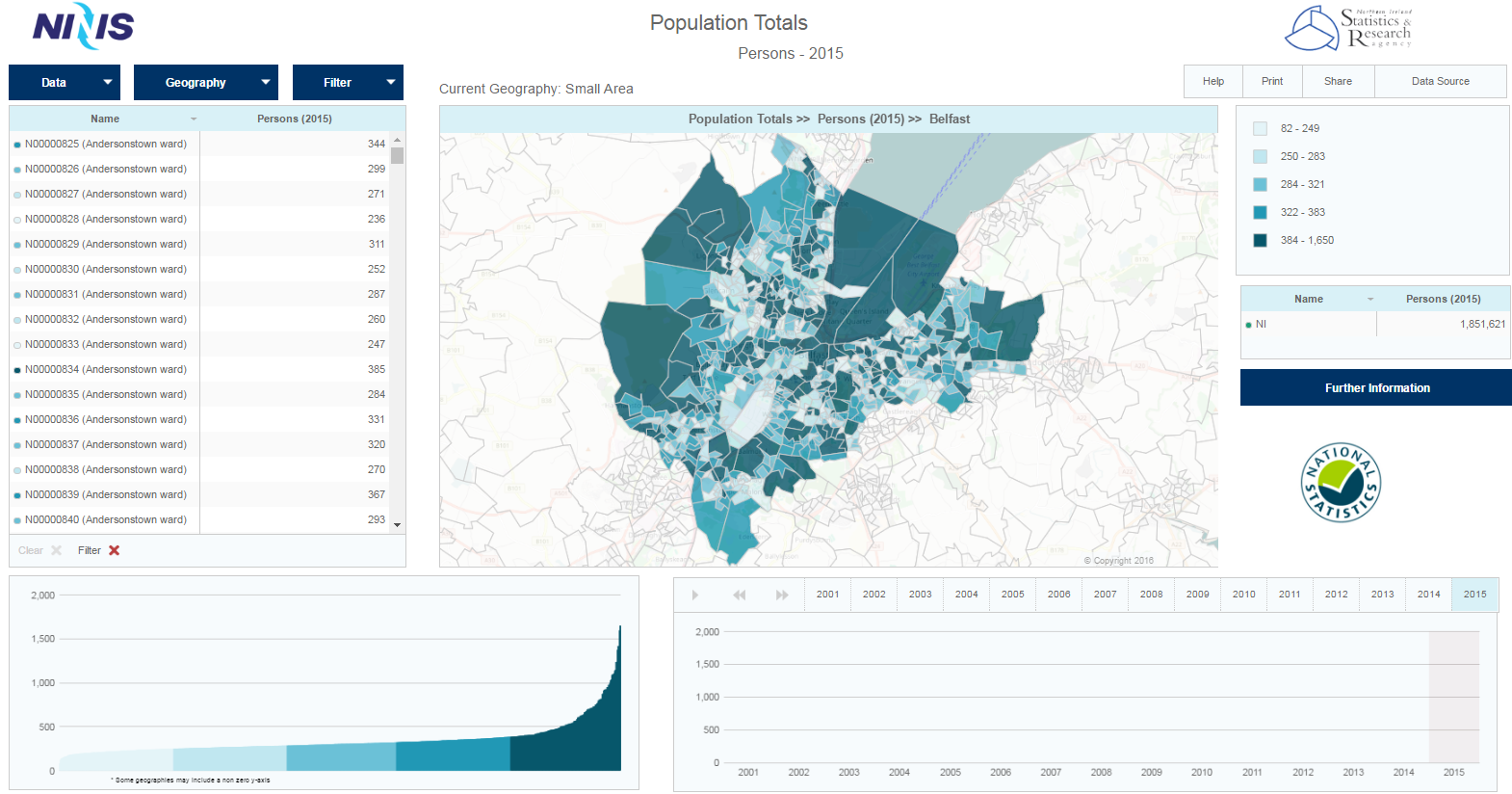 The Mid-2015 Population Estimates for Small Areas within Northern Ireland have been released today (30 November 2016). You can now view statistical tables along with an interactive map on NINIS.

Today is the last day to give us your views and complete the NINIS Customer Survey. We would be grateful if you could take a few minutes to complete this short survey. All feedback will be used to evaluate and improve our service.

All responses will be treated in confidence and any composite report produced will not identify individual responses.

You can contact us if you have any queries regarding this survey.

Thank you in advance.

Maps available include Economic Activity, Household Composition and Religion or Religion Brought Up In. 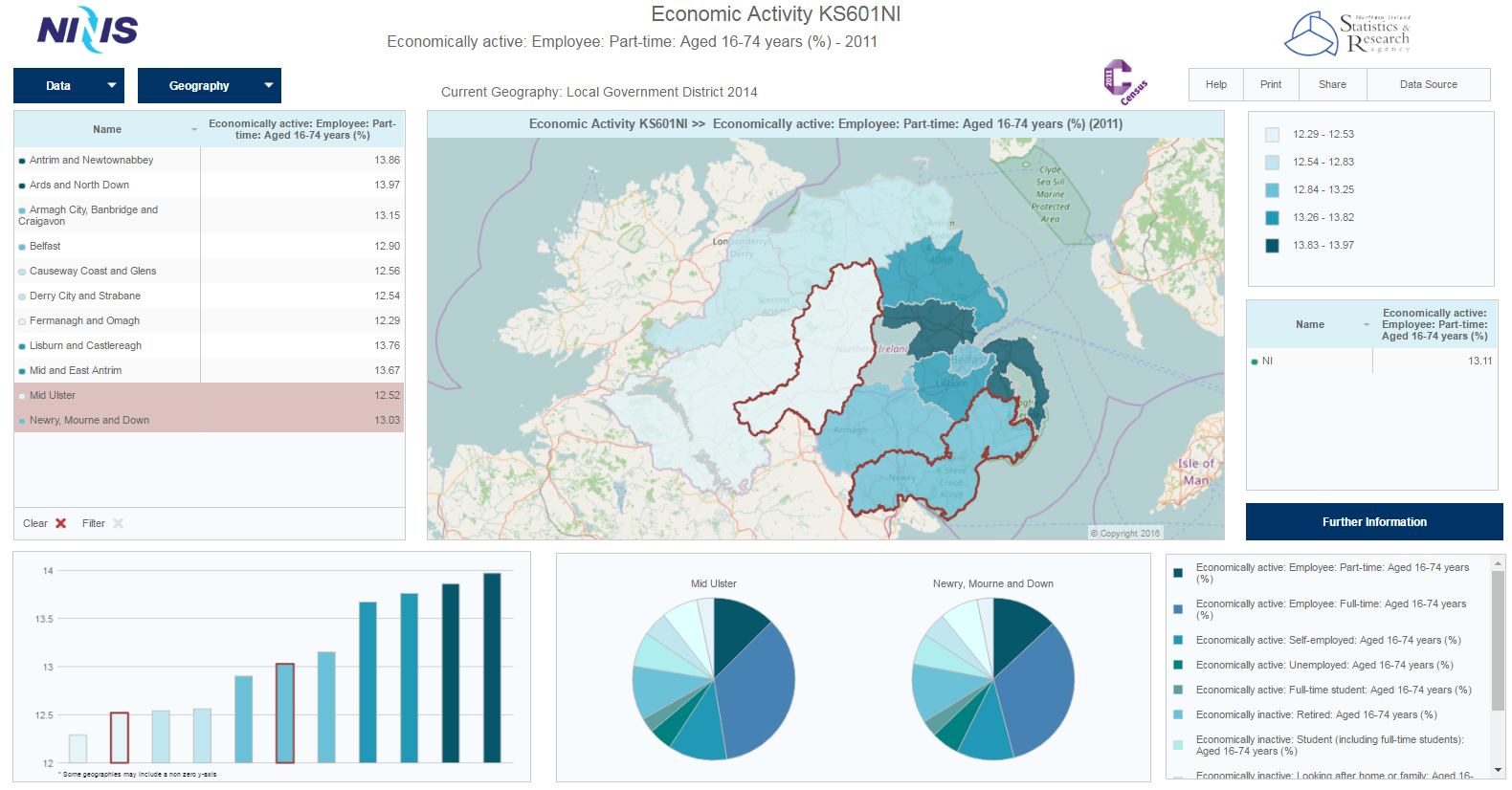 A list of all Standard output and commissioned tables from the 2011 Census in Northern Ireland is available.

Don't forget you can access a range of short stories by selecting Census at the top of the NINIS page.

NINIS workshops will resume in spring 2017. In the meantime, if you wish to register your interest, please email the NINIS Team.