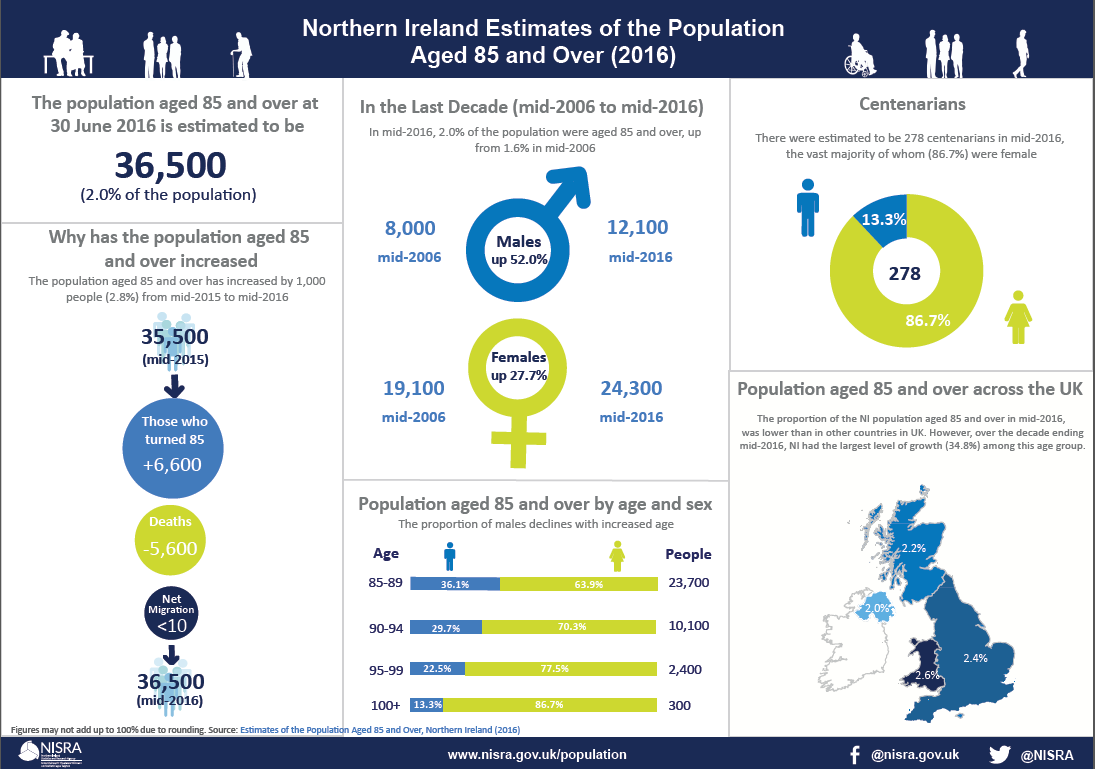 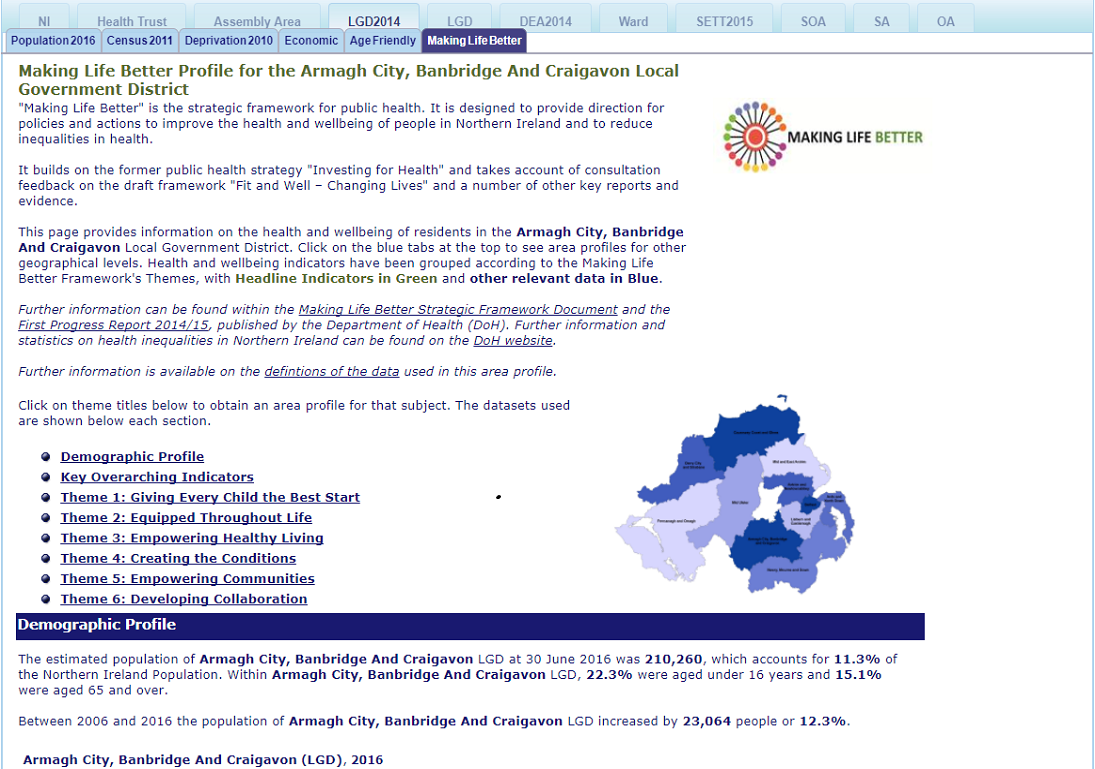 Estimates of the Population aged 85 and over Northern Ireland (2016) are now available. This annual release provides a further breakdown of the most recently published mid-year population estimates.

The full report along with statistical tables is now available on the NISRA website along with a new infographic.

A number of Making Life Better Area Profiles have been updated with the latest data including NI, HSCT, Local Government District 2014 and Assembly Area.

The Making Life Better Strategy provides direction for policies and actions to improve the health and wellbeing of people in Northern Ireland. A set of key indicators has been agreed and can be viewed within the Area Profiles.

You can access them through the postcode search or the Area Profile Page on NINIS.

Don't forget you can access a range of user guides through the Learning Zone on NINIS. These include a general NINIS user guide, plus bespoke Making Life Better and Neighbourhood Renewal versions. Each guide provides an overview of NINIS and takes you through the functionality of the website.

Key Statistics from the 2001 Census are now available at LGD2014 and DEA 2014 on NINIS. The tables also include updated metadata.

Population and household information from the 2011 Census is now available at Ward2014 on NINIS.

You can access both Census 2001 and Census 2011 data on NINIS including a range of Interactive maps. 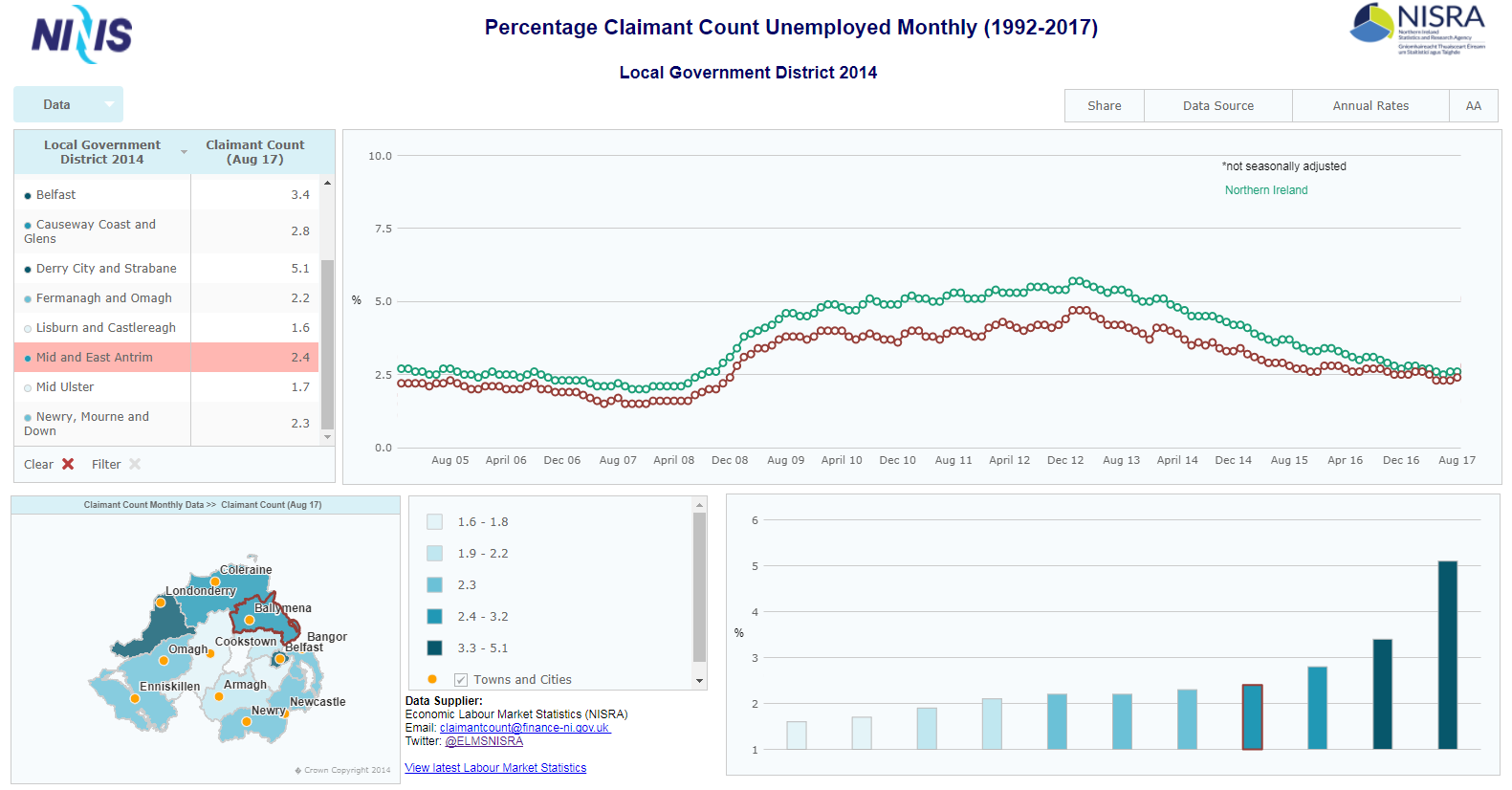